The John D. and Catherine T. MacArthur Foundation has chosen Subaru Telescope astronomer Dr. Olivier Guyon to receive a prestigious 2012 MacArthur Fellowship. He joins a diverse, elite group of 23 individuals nationwide selected for this annual honor. Awarded to "talented individuals in a variety of fields who have shown exceptional originality and dedication in their creative pursuits," the fellowships grant $500,000 to each recipient over a five-year period with no conditions placed on the use of the grant. The award recognizes exceptional merit over a broad range of work rather than pinpointing a particular achievement, and the fellowship reinforces the promise of future creative work. Dr. Guyon expressed some of the meaning of this honor for him: "The award is a huge statement about the trust other scientists have in my work. It motivates me to persevere in doing very good work and helping mankind in gaining knowledge. It is such an enormous honor to receive this fellowship, because it is given not only for what you have done but also for trust placed in your continued work." 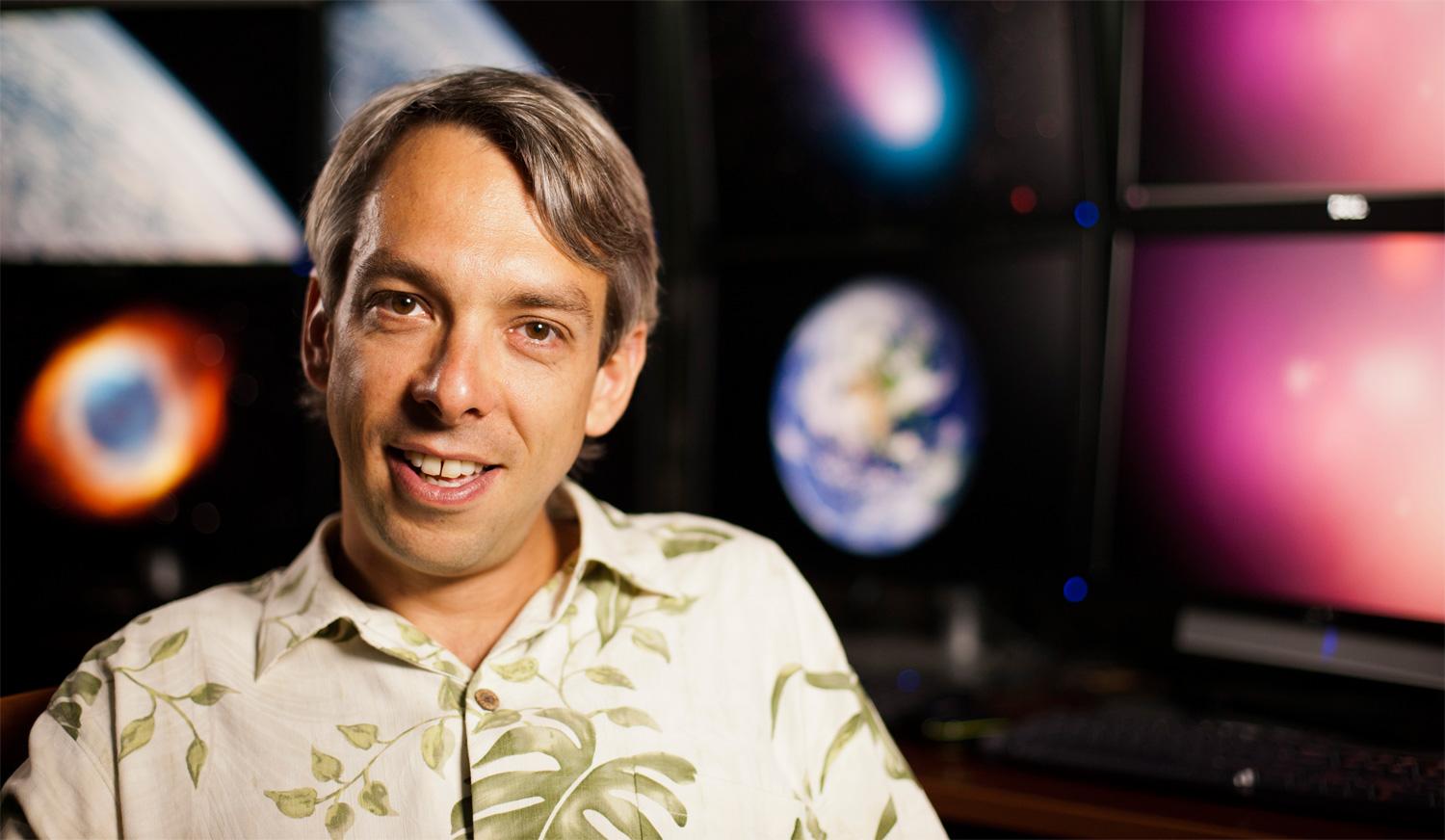 Figure: Dr. Guyon in the remote observation room at Subaru Telescope, where he is the leader of the Subaru Coronagraphic Extreme Adaptive Optics Project. (Credit: MacArthur Foundation)

Since he read his first astronomy book when he was ten years old, Dr. Guyon has had a passionate curiosity about the Universe, particularly the question of whether we are alone. He asks, "Is there life on other planets, and if there is, what is it like?" Such questions have channeled his career since his childhood. He received his Ph.D. in astronomy at the University of Paris in 2002 and began his work as an Adaptive Optics Scientist at Subaru Telescope in the same year. In 2006 he received the Presidential Early Career Award for Scientists and Engineers. He has been designing pioneering technology to search for exoplanets, i.e., planets that orbit stars outside of our Solar System.

His work at Subaru Telescope has given him a productive context within which to apply his expertise in optics and to address contemporary challenges in astronomy. As leader of the Subaru Coronagraphic Extreme Adaptive Optics Project (SCExAO), he and his team are designing an instrument to directly detect and image exoplanets and dust around stars outside of our Solar System. He currently divides his time between Subaru Telescope in Hawaii and the University of Arizona in Tucson where he works as an instrument scientist to help NASA develop a space telescope capable of imaging exoplanets. He notes that the challenges for space- and ground- based telescopes in discovering exoplanets are the same: the contrast of a bright star with a faint planet orbiting it.

Describing himself as a "hands on" scientist, Dr. Guyon has been developing innovative techniques for imaging extrasolar planets. "Part of doing research is being up-to-speed with technology that exists and then applying it to our scientific goals," he says. Over the next five years, he intends to use his grant to stimulate others to engage in science and astronomy. He wants to develop tools at minimal cost for amateur astronomers, schools, and others worldwide so that they can join in the search for exoplanets. A robotic camera for detecting the transits of planets is already being tested on Mauna Loa and a computer application for analysis of the data is in process. "I went into astronomy out of curiosity when I was a kid. I want to infuse this curiosity in others, especially the younger generation. It's a huge amount of fun."