Tsukimi literally means "moon-viewing" and refers to a Japanese celebration honoring the autumn full moon, the so-called "harvest moon". Its origins may date back to a Chinese harvest celebration that the Japanese adopted more than a thousand years ago. Many countries attest to its significance by continuing the tradition into modern industrialized times. Subaru Telescope and `Imiloa Astronomy Center have teamed up to give the local community a taste of this celebration on Friday, September 28, 2012 from 5:30 pm to 8:30 pm at the `Imiloa Astronomy Center.

Since Tsukimi is an important Japanese tradition dealing with an astronomical object, it is a fitting occasion for Subaru Telescope and `Imiloa to share both the scientific and cultural importance of the Moon with the public. Plans for the event include recognition and appreciation of the Moon's significance. Planetarium Manager Shawn Laatsch will present a live planetarium show, "Moons of Our Solar System", which will acquaint viewers with scientific evidence of moons around planets in our Solar System. Another part of the event will highlight the cultural importance of the Moon by featuring traditional stories about the Moon from Japan and other cultures. Meteorites and lunar science exhibits will be on display within the astronomy center, and moon-viewing will take place on the grounds of `Imiloa, weather permitting. 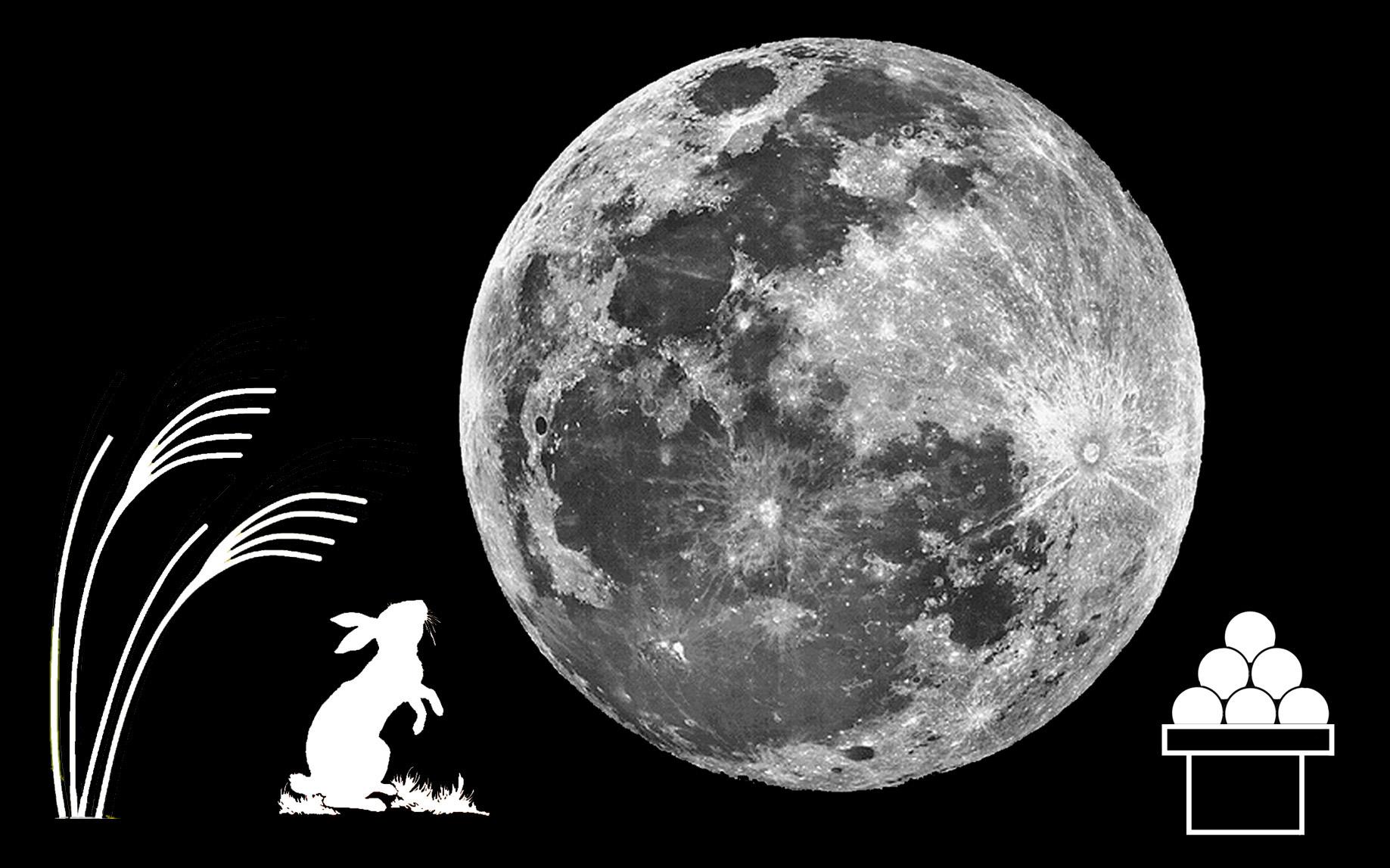 Figure 1: Symbolic Aspects of Tsukimi. The full autumn moon gives rise to the event, which celebrates the harvest. The grass (susuki) matures during the autumn season. The rabbit, which some see outlined in the surface features of the Moon, also relates to fertility and abundance, and the stack of sweet dumplings (dango) is an offering to the Moon and part of the feasting that takes place. (Credit: NAOJ)

To reinforce traditional aspects of the event, light Tsukimi refreshments (mochi, a Japanese rice confection) will be available for those attending the program, and the Sky Garden Restaurant will be open. Sharing food and drink are integral parts of honoring the beauty of the Moon during the Tsukimi celebration. Traditional offerings to the Moon included susuki (pampas grass) or other seasonal flowers in a decorated vase, dango (dumplings), satoimo (a variety of taro potatoes) and the Japanese rice wine sake.

Come and join the local version of Tsukimi. Tickets may be purchased at `Imiloa by phone (808-969-9703) or at the front desk, and seating is limited. This may be the beginning of a new tradition in Hilo.