Focus on a Silhouette on the Sun: The Transit of Venus

On June 5th, 2012, Venus passed directly between the Earth and the Sun for the last time this century. This rare but predictable astronomical event is known as the Transit of Venus, which recurs in a pattern with intervals of 8, 121.3, 8, and 105.5 years. Hawaii Island is one of the few places in the world where the 2012 Transit of Venus could be seen in its entirety, and Mauna Kea, rising above the clouds and the site of the Subaru Telescope, was one of the best places to view it. It became the focus of social and scientific attention and excitement.

Observing the transit in Hawaii has a distinguished tradition: King David Kalakaua invited astronomers to travel to Hawaii in 1874 to record the transit with their new tools of observation — cameras. For the 2012 transit, visitors from around the world came by ship and airplane to Hawaii to capture this historic event. Amateur astronomers brought cutting-edge solar telescopes and digital cameras, and many other visitors used small, hand-held solar viewers to safely observe Venus moving across the Sun. Enthusiasts set up at least 100 of their own telescopes at the Visitor Information Station on Mauna Kea, and Mauna Kea Support Services made special arrangements for parking and heavy traffic flow. The transit also sparked the desire of astronomy-focused tour groups to visit the Subaru Telescope, where staff gave a series of special tours that day. Normally the towering Subaru Telescope is the main attraction, but on June 5th, visitors divided their attention between viewing the large 8.2 m optical-infrared telescope and pointing their smaller, personal devices at the Sun to observe the transit.

While earlier scientific observations of the transit focused on using it to calculate the distance from the Earth to the Sun, current observations center on its relevance to exoplanet research. The exoplanet research group at the Subaru Telescope set up a 14" telescope equipped with a high-speed, high-resolution camera to capture images of the transit — images that will help them to study the features of planets orbiting stars outside of our solar system. 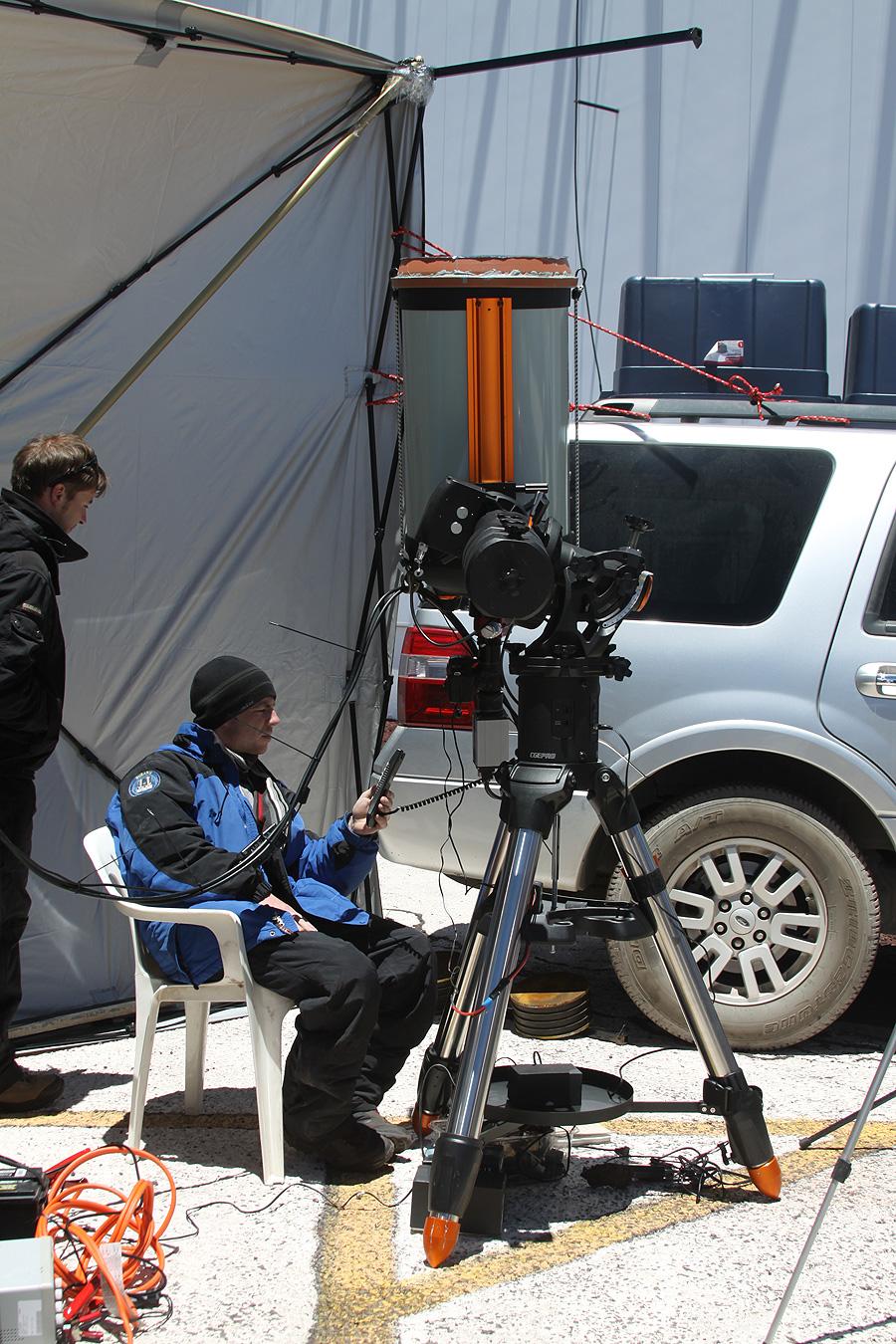 Figure 1: Researchers at the Subaru Telescope watch the transit with a 14 inch solar telescope and digital cameras. (Credit: NAOJ)

Having a clear sky to observe the transit is a matter of luck, effort, or both. Observers anxiously awaited the time of the transit. The day before had been cloudy; high winds interfered with the precision of telescope alignment; and the forecast called for fog and ice at the summit. Researchers and telescope staff gathered behind a makeshift windshield and observed a live feed from the 14" telescope on a computer screen. Some used their own eyes to see the transit, either through a special solar viewing filter or by a screen-projection method, in which a small telescope casts a magnified image of the Sun onto a screen. 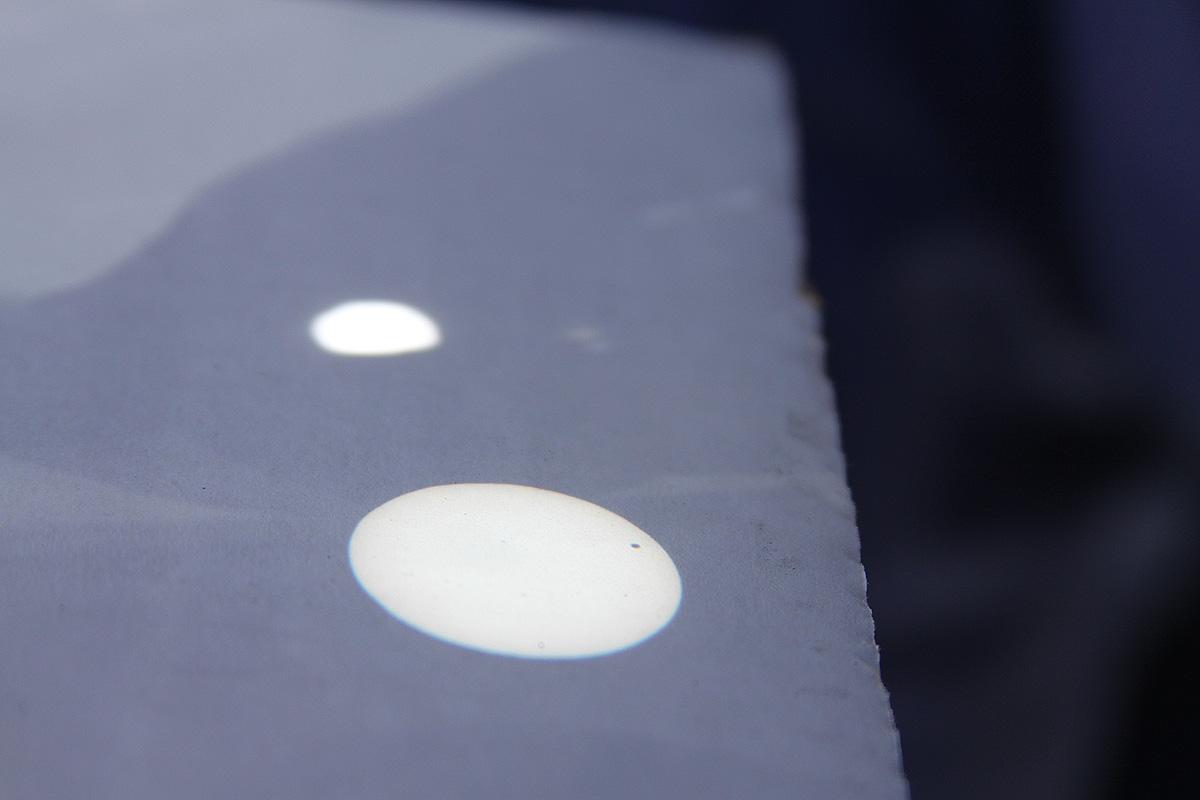 Figure 2: Viewing the transit did not require specialized expensive equipment. This image of the transit was made using a small bird-watching telescope and a piece of white card board as a projection screen. (Credit: NAOJ)

Everything was in place by the time the transit was scheduled to start, but Venus didn't come into view right away. Observers rechecked their figures and the alignment of their telescopes. Then a small black dimple appeared on the side of the Sun, took the shape of a ball, and separated from the surrounding darkness, like a drop of thick oil dripping at an amazingly slow speed. Camera shutters clicked steadily and observers watched intently as the silhouette of Venus crept across the face of the Sun for over six hours.

Pictures pale in comparison to actually viewing the Transit of Venus. They neither capture the social and scientific experience nor the months of anticipation and preparation, the thousands of miles traveled, concern about equipment and weather, and the exhilaration when everything finally went exactly right. The next transits will occur in December of 2117 and 2125. If you happen to live another 105 years, you can observe it then. 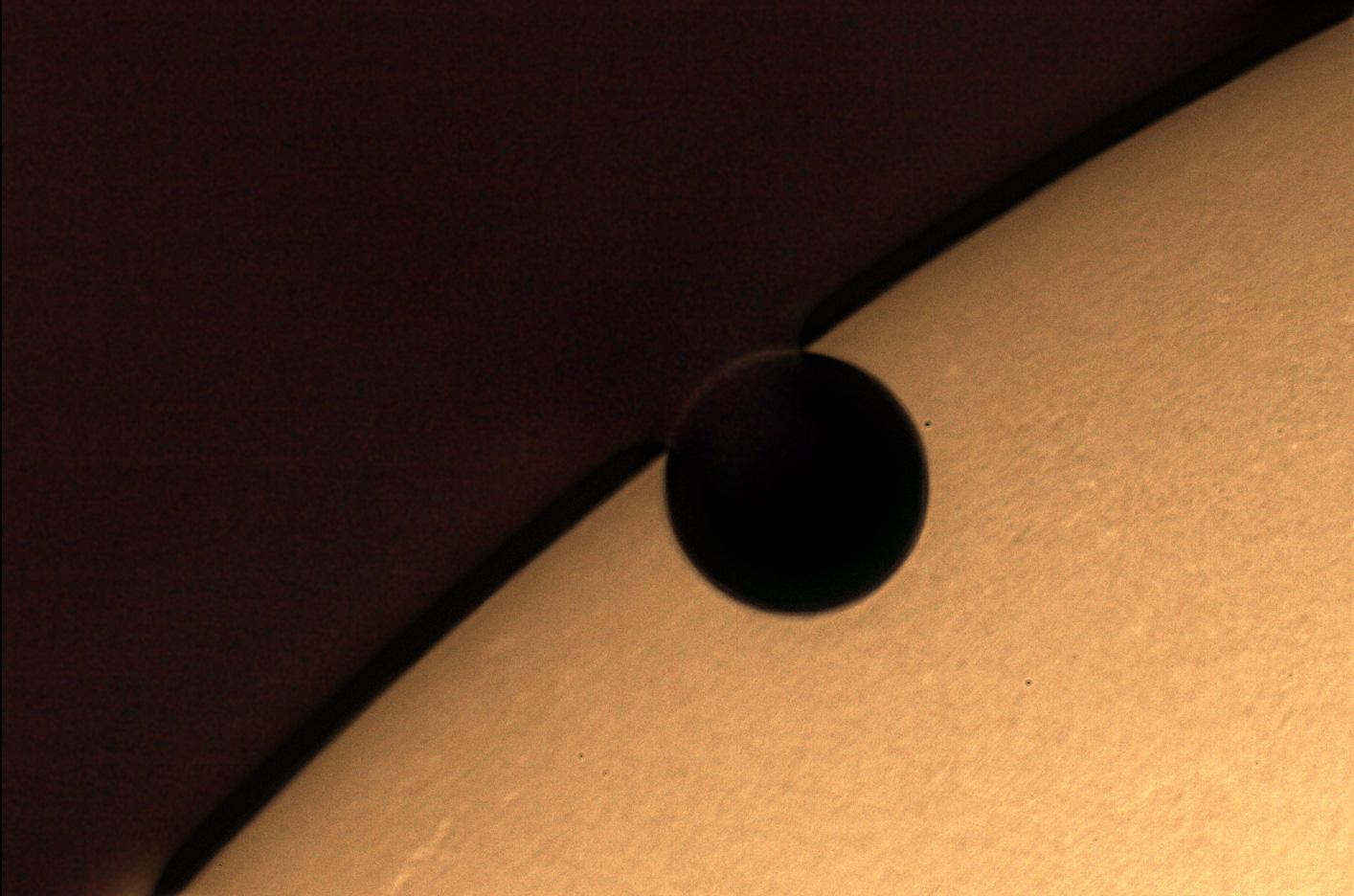 Figure 3: This image of the transit taken by researchers at the Subaru Telescope shows Venus as it first came in front of the Sun. The crescent glow on the outside of Venus is caused by refraction in Venus's atmosphere. (Credit: NAOJ)