A research team of Japanese astronomers led by Dr. Hideaki Fujiwara (Subaru Telescope) has discovered a main-sequence star that is surrounded by a rare disk of quartz dust. Collisions of planetesimals, building blocks for planets, may have produced the dusty quartz ring during planet formation around the star. Based on observations with the AKARI and Spitzer infrared space telescopes, this recently discovered, intriguing feature of a stellar system may open new doors for research on the mineralogical nature of extrasolar planetary systems.

Since the 1995 discovery of the first extrasolar planet, 51 Pegasi b, about 700 planets orbiting around stars other than our Sun have been discovered so far. Understanding the origins and evolution of extrasolar planets has become one of the hottest and the most fundamental themes in modern astronomy. The team of scientists led by Dr. Fujiwara conducted research exploring this new frontier and concentrated their efforts on finding debris disks that could indicate planet formation.

According to a widely accepted recent scenario of planet formation, rocky planets like the Earth begin as an aggregation of cosmic dust and then continued their development as an accumulation of planetesimals, rocky planetary building blocks, around young stars. A substantial amount of dust would be generated from the collisions of planetesimals around main-sequence stars in the later phase of the planet formation process. Light absorbed from the central star would heat the grains of debris dust and re-emit its energy in infrared wavelengths. In light of this information, the team decided to focus their initial research on finding stars that have disks around them. They used the brand-new infrared map of the entire sky based on observations with AKARI, the Japanese infrared satellite to conduct their search.

The team discovered that the sun-like star HD 15407A, located in the Constellation Perseus 180 light years away from Earth, emits very bright infrared light relative to its visible light (Figure 1). Since HD 15407A is a main-sequence star, active collisions of planetesimals around it could produce a large amount of dust and emit infrared light.

The team conducted follow-up observations of the star using Spitzer, the infrared space telescope operated by Caltech and NASA. Spitzer's high sensitivity and sharp spatial resolution in the infrared allowed the researchers to identify the amount and mineralogical nature of the debris dust. Their examination of the Spitzer spectrum of HD 15407A revealed that at least 100 trillion tons of tiny particles of quartz dust orbit the star. They also found that the dust is located about 1 AU (astronomical unit) from the central star in the so-called "terrestrial planet region." This is the first study that not only reveals the presence of a quartz disk of dust around a sun-like main-sequence star but also precisely determines its amount and spatial distribution. 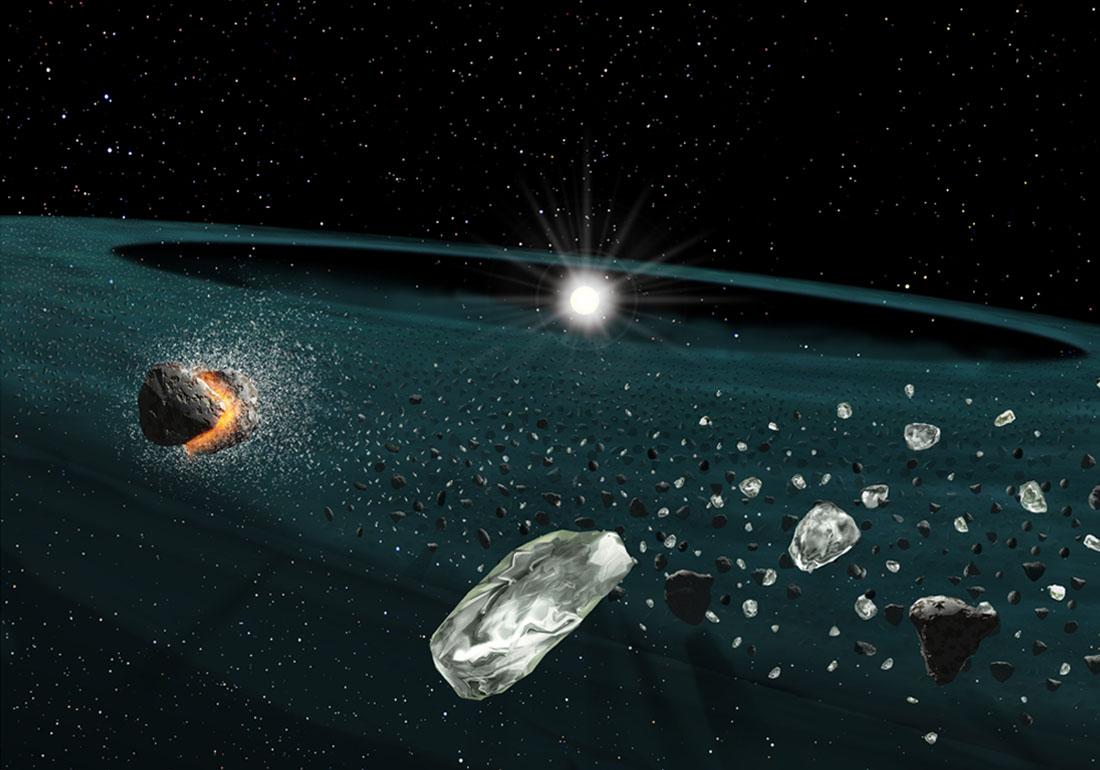 Figure 2: Illustration of the HD 15407A System Based on Observations from AKARI and Spitzer, showing the dusty quartz disk orbiting the star. (Credit: Univ. of Tokyo and NAOJ.)

Quartz dust seems to be a rather rare kind of dust in the Universe, and it is not yet clear how the quartz dust observed around HD 15407A formed. Since the Earth's crust contains a large amount of quartz-like minerals, this suggests that the quartz dust around HD 15407A might come from the surface layers of large rocky bodies colliding with other planetesimals orbiting the star. Team leader Fujiwara commented, "We have used two infrared space telescopes to discover a precious star with a rare disk of quartz dust that may contribute to revealing the secrets of planetary materials. We would like to examine this star more thoroughly by combining theory with laboratory studies to further our understanding of the planet formation process."

This research was published in the April 20, 2012 issue of The Astrophysical Journal Letters and was supported by a Grant-in-Aid for Scientific Research on Innovative Areas (23103002) from MEXT, Japan.