On April 1, 2012 Dr. Nobuo Arimoto began his official term as Director of the Subaru Telescope, following Dr. Hideki Takami's previous term of service as Director. The staff witnessed the transition at the Director's Report Meeting on April 4, 2012 and gathered together during a reception after the meeting to show their appreciation for Dr. Takami's contributions as the former director and to welcome Dr. Arimoto as the new director. 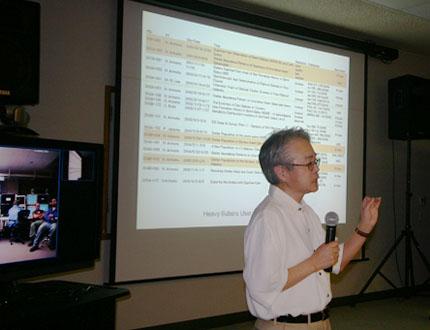 Figure 1: Dr. Arimoto introduces himself to the staff at the Director's Report Meeting on April 4, 2012. (Credit: NAOJ)

Associate Director Dr. Nagayoshi Ohashi presented Dr. Takami with a parting gift, a framed picture of the Subaru Telescope projecting its Laser Guide Star into the star-studded night sky, a testament to Takami's leading role in developing the Adaptive Optics (AO) system at Subaru. In his comments to the staff, Dr. Takami expressed his gratitude and pleasure from working at the Subaru Telescope in Hilo, Hawaii: "I'm very proud to have had the opportunity to work at one of Japan's and the world's best scientific facilities... Subaru has been a very successful project, which depends on the efforts of the observatory staff." He derived great satisfaction from watching how the scientific significance of Subaru increased over its past 13 years of operation so that now "everyone knows Subaru Telescope." He also enjoyed the multicultural context of his work in Hawaii, and was "grateful for the international cultural environment". He concluded, "It was a very good school for me." 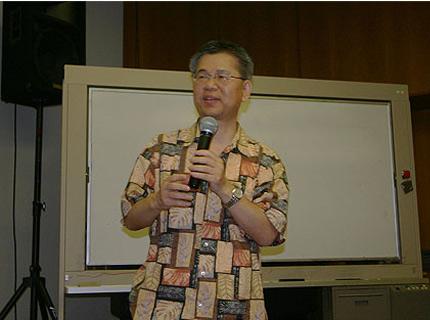 Figure 2: Dr. Takami summarizes some of the highlights of his tenure as director during the Director's Report Meeting. (Credit: NAOJ)

Dr. Takami began his work for Subaru Telescope before he became a regular part of Subaru's staff as an Associate Professor and leader of the Adaptive Optics team in 2002; he had been working on the Subaru AO system in Japan since 1994 after he joined NAOJ (National Astronomical Observatory of Japan) and spent more than half of his time in Hawaii at Subaru from April 2000 for the commissioning of the AO system. During his tenure as director from 2010-2012, he played a key role in establishing a partnership with TMT (the Thirty Meter Telescope) and felt "confident" that collaboration would be an effective way to benefit from the advantages of a very large telescope without Japan constructing one of its own. In summarizing some of Subaru's accomplishments he mentioned its great success in instrumentation as well as its significant contributions in research on distant galaxies, exoplanets, and protoplanetary disks. Dr. Takami is looking forward to taking on his new role as Director of Engineering at NAOJ, especially working to support its technical staff and participating in the directorate. He hopes that the new director will see a bright future for Subaru both "inside and out."

As Subaru's new director, Dr. Arimoto brings a wealth of international and organizational experience that prepares him for implementing his vision for the future of the telescope. In his initial presentation to the staff at the Director's Report Meeting on April 4th, he introduced himself with a colorful power point presentation about his background. He has held positions the Observatoire de Paris-Meudon in France (1984-1988), the University of Durham in the United Kingdom (1988-1991), the Universitaet der Heidelberg in Germany (1991-1993), the Institute of Astronomy at the University of Tokyo in Japan (1993-2001), and NAOJ in Japan (2001-2012). He served as part of Subaru's Time Allocation Committee (2000-2004) and as Chair of the Subaru Advisory Committee (2004-2012). A heavy user of Subaru's telescope (59 nights as a prinicipal investigator in a little over a decade), Dr. Arimoto focuses his scientific research on understanding galaxy evolution and the properties of individual stars within galaxies.

His intense interest in astronomy began when a neighbor showed him how to use a telescope when he was 11 years old. He went on to become a student of astronomy at Tohoku University, where he received his Ph.D. in astronomy in 1980. His commitment to the field continues to this day. The themes of his career and his present hopes for the telescope revolve around communication, cooperation, and observations that help scientists to understand the invisible universe. He articulated a major theme: "It is most important that we communicate and know each other." One level of communication that he encourages is within Subaru's organization where staff can get to know each other, the role that each plays in his/her position, and the science conducted here. Given its diverse staff and positions, Subaru is a context for many types of exchanges and points of view. Another level of communication is within the local community, forging links through outreach. While working in outreach efforts in Japan, Dr. Arimoto noted the infectious way that contact between astronomers and students can impact them all. Students can view a "rare species", the astronomer, while astronomers can feel the excitement from the students in learning about their chosen field. Finally, he envisions more international cooperation and collaboration. He believes that Subaru can contribute a great deal in many areas, including dark energy, protoplanetary disks, and the use of gravitational lensing.

Both Dr. Arimoto and Dr. Takami converge in their views that the Subaru Telescope is a world-class observatory; that teamwork and communication are important in dealing with a multicultural world; and that the organization as well as the telescope need to change in tune with present and future needs. Mahalo nui loa (thank you very much), Dr. Takami, for your many contributions to the Subaru Telescope. And e komo mai (welcome), Dr. Arimoto; the Subaru staff looks forward to working with you for a bright future for the telescope. 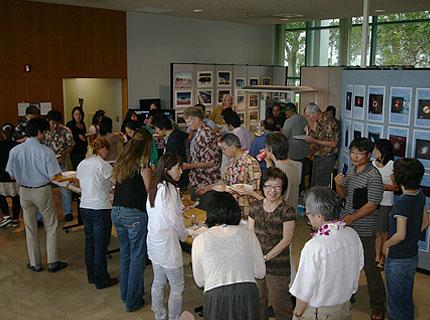 Figure 3: The staff welcomes Dr. Arimoto as new director and thanks Dr. Takami for his service as previous director at an informal reception in the lobby of the base facility in Hilo. (Credit: NAOJ)