Yes, It Snows on Mauna Kea

Despite tourists' dreams of perpetual sunny skies on a tropical island, the reality of weather patterns on the Island of Hawai'i is complex and variable, particularly on the majestic mountain of Mauna Kea. Local residents have long recognized the snowy conditions on the mountain; its seasonal blanket of snow may have given rise to the name Mauna Kea, usually translated as "white mountain." During the winter season, temperatures range from 25-40 degrees Fahrenheit and snow may accumulate several feet high on the summit, affecting public access as well as operations of the telescopes located in the area. 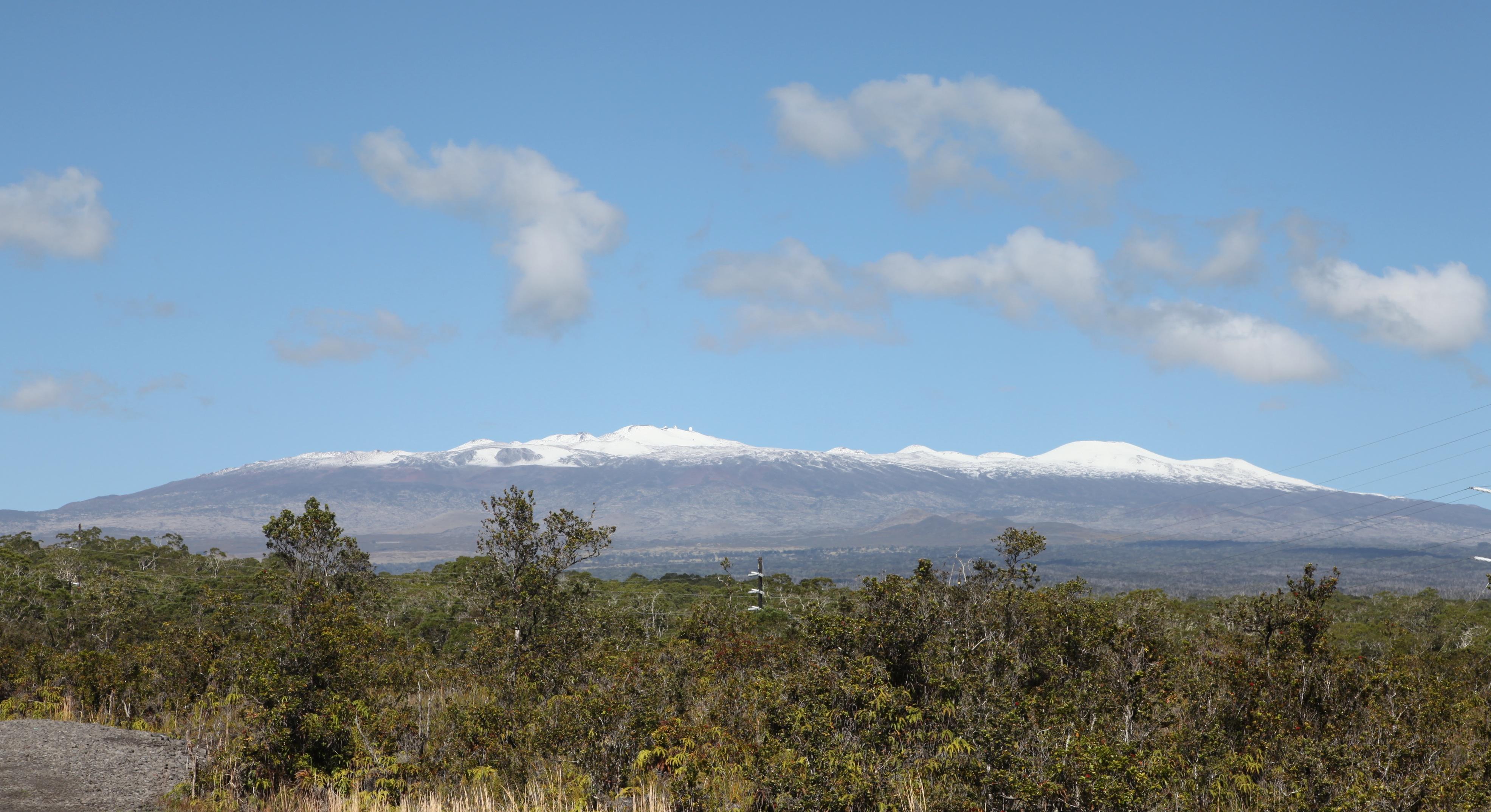 Photo 1: Mauna Kea covered with snow on its summit and slopes, viewed from a spot near Hilo. Photo by Hideaki Fujiwara.

Because Mauna Kea rises to 13,796 feet above sea level, the summit area usually towers above the clouds. With less atmospheric interference; dry conditions; isolation from large population centers; and less pollution, it is one of the best locations in the world for ground-based telescopes to observe the night skies. Although it may be cloudy and raining in nearby Hilo, the sky usually opens up with a clarity that delights astronomers and the public alike. Scientists can look forward to at least 300 clear observing nights for their research.

The recent winter storm on Mauna Kea illustrates the necessity for awareness of changing conditions on the mountain and safe responses to them. On Tuesday, February 21st, crews, staff, visitors, and other people at the observatories on Mauna Kea evacuated from the summit as winter storm conditions deteriorated. Earlier in the day, observatory vehicles needed chains to travel up the snow-covered and icy road to the summit. Stewart Hunter, general manager of Mauna Kea Observatories Support Services (MKSS), articulated one reason for evacuating Mauna Kea later in the day:
"... there was a danger when our road crew started plowing for the end of the day that it would drift up significantly and vehicles with chains wouldn't be able to get down." 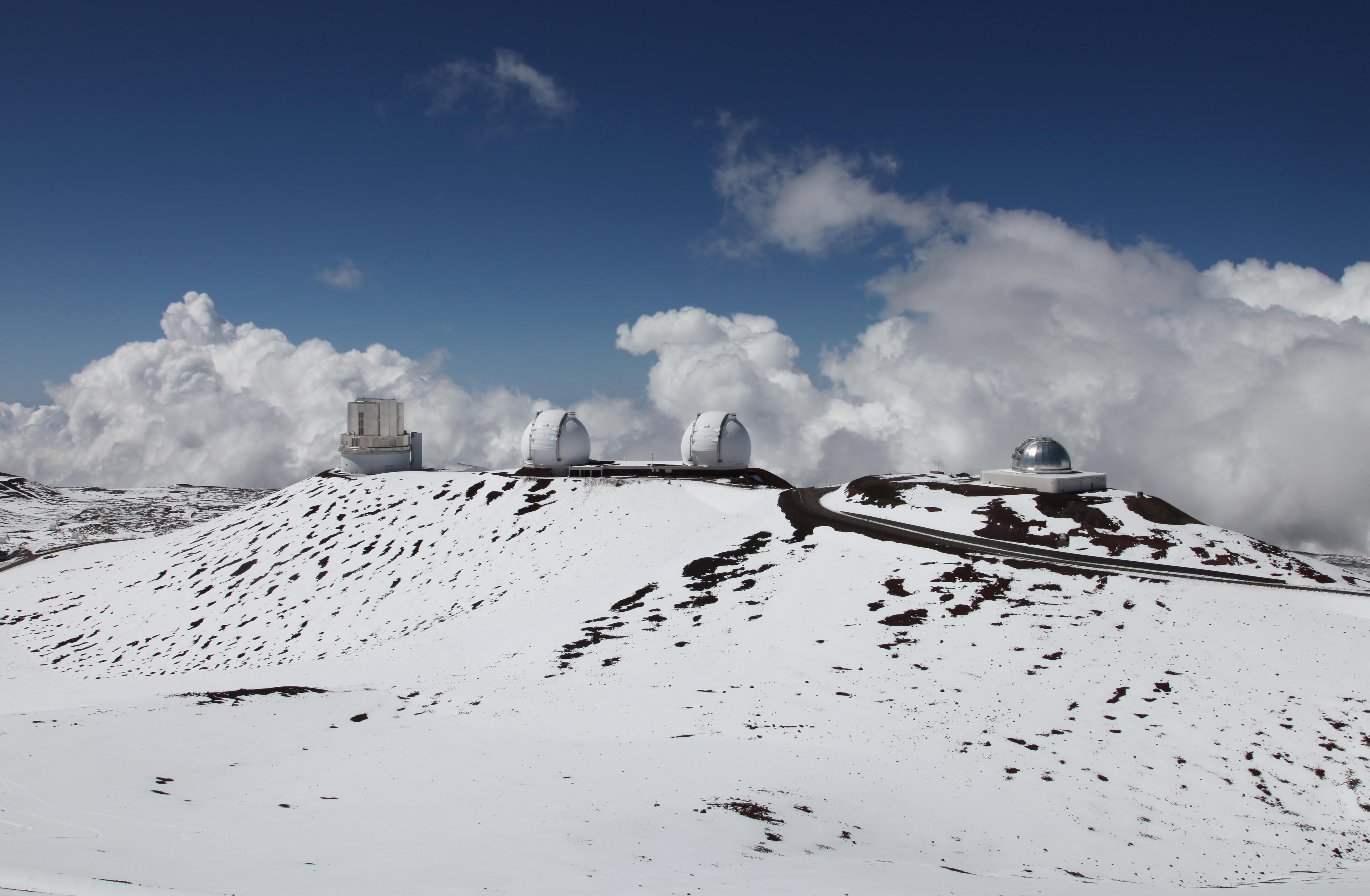 Photo 2: Snow-capped Mauna Kea on February 20th, the day before a severe winter storm impacted the mountain. Access was open to all. From left to right, the telescopes pictured are: Subaru Telescope, the Keck I and Keck II telescopes, and the NASA Infrared Telescope Facility (IRTF). Photo by Hideaki Fujiwara.

Photo 3: An aerial view of the summit area after the winter storm on February 21st. Photo by Hideaki Fujiwara.

Weather conditions affect the health and safety of people on the summit and impact the possibility of scientific observations. Since Subaru Telescope is the only observatory to offer regular, public tours, high winds or snow can result in the cancellation of tours to ensure the safety of visitors. The weather may be so inclement that high humidity, clouds, or high winds prevent observations scheduled with scientists. Therefore, Subaru Telescope staff closely monitor weather conditions and cooperate with MKSS to make sure that the public, visitors, crews, observers and staff can access and depart from the summit in safety.